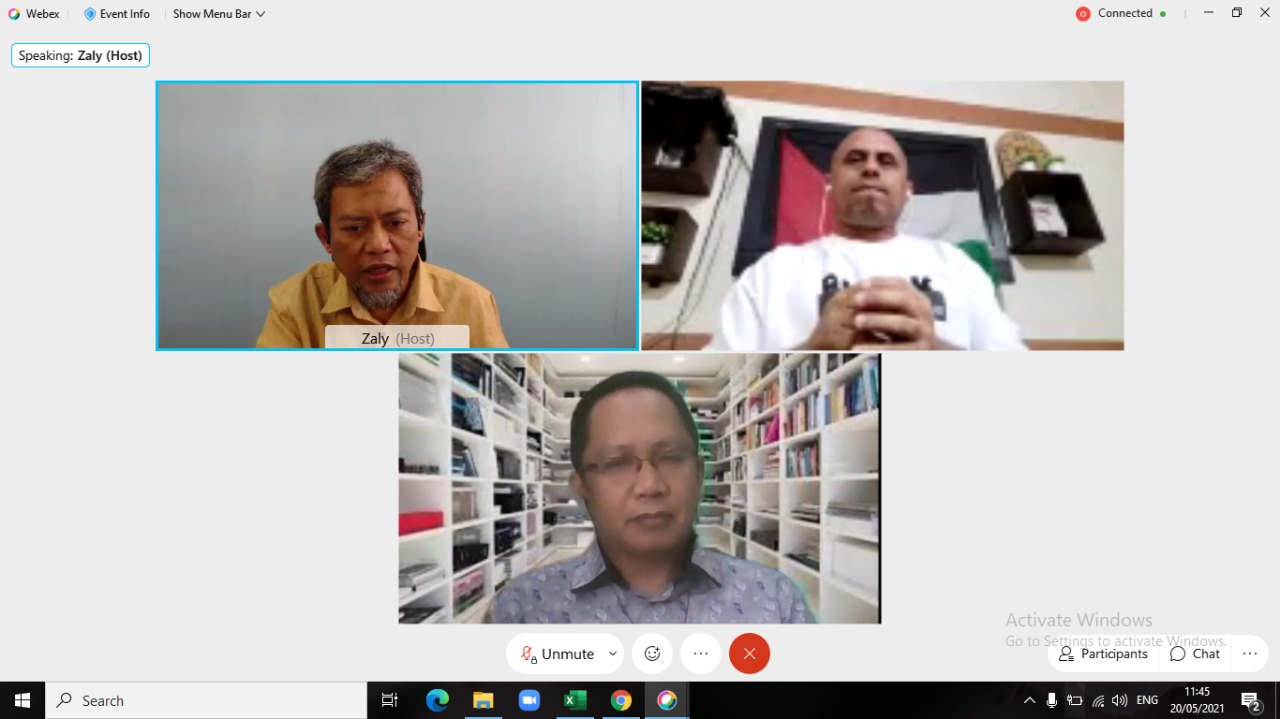 The Center of Peace, Conflict and Democracy (CPCD) of Hasanuddin University, in collaboration with the Center of Innovative Planning and Development (CIPD) of Universiti Teknologi Malaysia, held a discussion with the theme “Palestinian-Israeli Conflict Analysis and Perspectives”. This activity took place online through the Webex application at 11.30 WITA on Thursday (20/5).

To begin with, Dr. Wesam explained the beginning of the latest conflict between Israel and Palestine, which occurred some time ago when Israel attacked the Sheikh Jarrah area when Palestinians worshipped in the month of Ramadan. This attack resulted in many casualties.

The Holy City, in which the conflict has long been occurring and the main target of the Israeli police, is the area around the old city of Jerusalem. The area is a bloody dispute among three religions, Christians, Muslims and Jews.

Responding to this, Agussalim, who is also a speaker, explained the position of the governments of Indonesia, Malaysia and Brunei Darussalam towards the support for the freedom of Palestine as an independent and sovereign state.

According to him, the three countries strongly oppose Israeli aggression against Palestine and are committed to resolving the conflicts between the two countries through negotiations and diplomacy.

Furthermore, he added that the actions of Indonesia, Malaysia, and Brunei Darussalam are a form of sovereign consistency by providing political, economic and social support to the Palestinian state to gain independence.

After the speakers presented their views, the agenda moved to discussion and question and answer session from the participants.