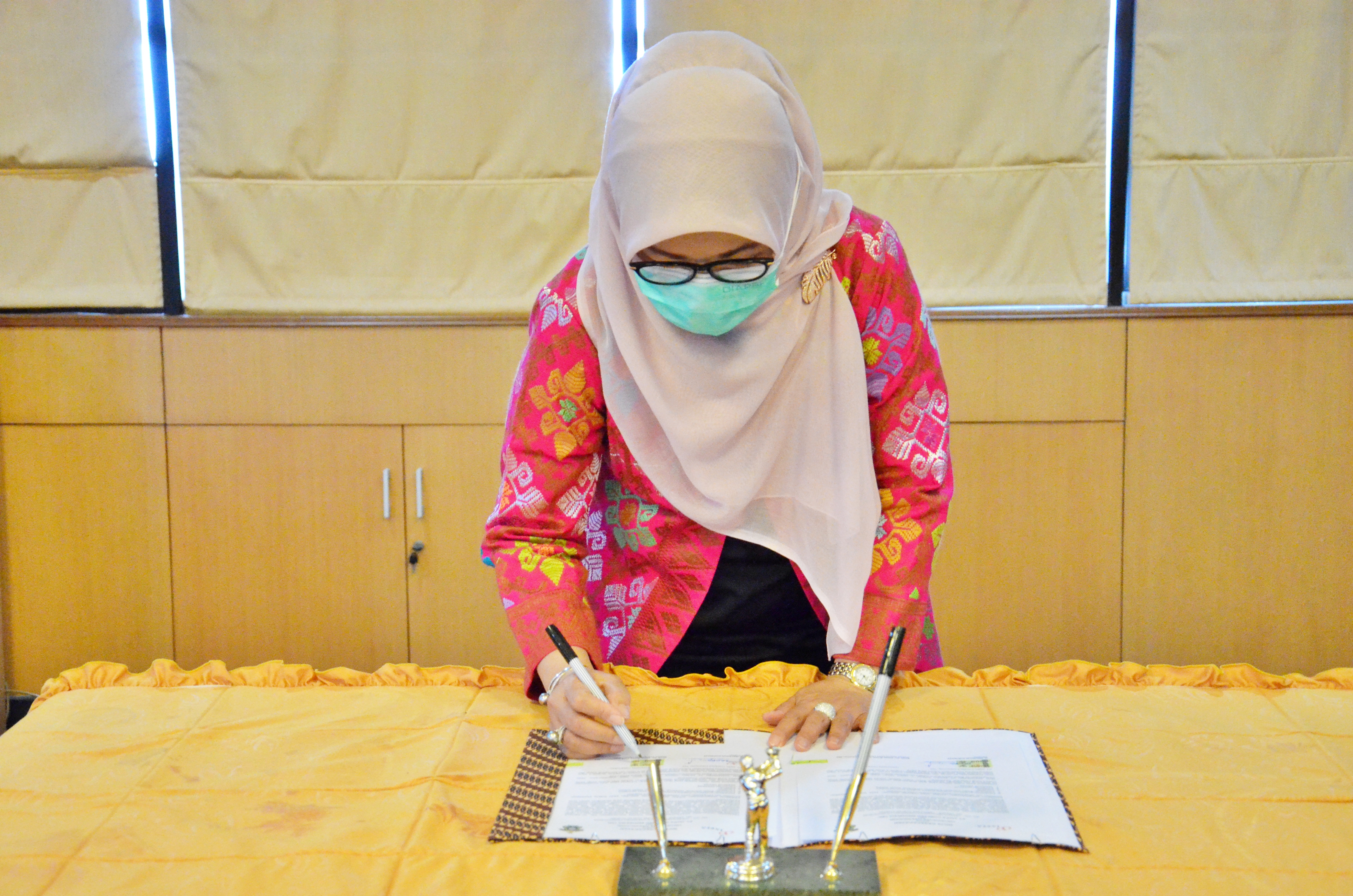 In an endeavor to enlarge international partnerships, Universitas Hasanuddin and Chang Gung University, Taiwan agreed to collaborate in the field of developing the three pillars of higher education. The agreement was stated in the signing of a Memorandum of Understanding (MoU) between the Unhas Rector (Prof. Dr. Dwia Aries Tina Pulubuhu, MA) and the President of Chang Gung University (Prof. Ming-Je Tang).

Through an interview on Wednesday (02/03), Director of Communication Universitas Hasanuddin, Ir. Suharman Hamzah, Ph.D., explained that actually,  the collaboration agreement had initially started when he participated in “The Sixth Taiwan-Indonesia Higher Education Virtual Forum” which presented various universities in Indonesia and Taiwan.

Following up on the agreement, Unhas then discussed this with some internationally reputed universities in Taiwan regarding this matter for the main purpose of enlarging partnerships. Unhas finally agreed to sign an MoU and PKS with Chang Gung University in the field of The Three Pillars of Higher Education (tridharma), which is more specialized to the exchange program for students and lecturers.

Furthermore, Suharman said that Unhas continues to optimally strive to implement the mandate as a university through various strategic steps.

Facing the global competition in the increasingly complex industrial 4.0 era, universities are required to be able to play an active, innovative, and inspiring role so as to produce graduates with superior competitiveness. Henceforth, it is necessary to expand the partnership in order to achieve optimal results.

“Generally, Unhas is really keen to be actively involved in improving the quality and capability by a way of the international pathway. On account of this, Unhas has managed itself to be welcome to any kind of partnerships which is not only done domestically but also globally by reaching out reputable universities to build synergy and scientific collaboration” Suharman explained.

Chang Gung University is one of the top universities in Taoyuan City, Taiwan which is ranked 480 according to the 2022 QS Global World Ranking. Through this collaboration between two parties, it is heartfully expected that it can result in positive impacts, especially in the course of developing Unhas in various fields. Apart from that, this step is practically strategic to make Unhas set foot on the international level.

The process of signing the MoU was carried out through the dispatch of collaboration documents to each university. The agreement is scheduled to last for the next five years with several agendas to do that both parties have mutually agreed upon.