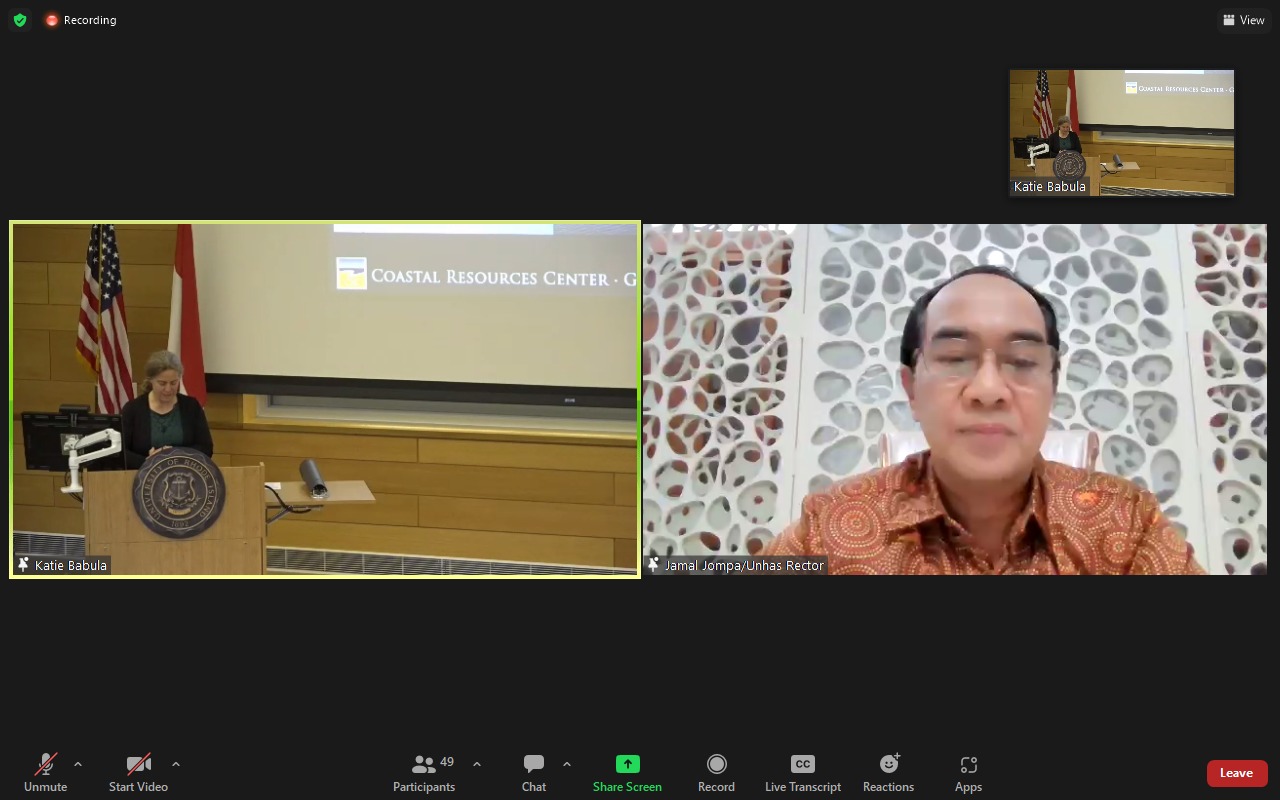 The graduation starting at 21.00 WITA (or 09.00 American Time) was held offline at the Rhode Island Campus and connected through the Zoom Meeting application, Thursday (19/05).

On that occasion, Prof. JJ in his speech expressed his gratitude for the good collaboration with URI so far. He further explained that Unhas and URI could establish larger partnerships in various fields. Also, he congratulated the four Unhas students who had successfully completed their studies at URI.

The four Unhas students who took part in the graduation were students of the Natural Resource and Environment (NRE) Graduate Certificate program. This is a form of actualizing the partnership program between Unhas and URI in building collaborative development in the areas of coastal and marine economy, environmental management, climate change resilience, and human resources in Sulawesi and Eastern Indonesia.

“This program is one of Unhas’ excellences to improve its international reputation. The Graduate Certificate is the first collaborative program between Unhas and universities in the United States which is linear to the Unhas’ image as a maritime center that strengthens roles and responsibilities for the community,” Prof. JJ explained.

This program is the first stage to appeal to more collaborations in other fields, considering that Unhas and URI have similar regional characteristics in the ocean and maritime areas. Prof. JJ hopes that Unhas graduates at URI can make contributions to encouraging scientific development in related spheres.

Terkait:  Universitas Hasanuddin and MTCRC Korea Agree on Collaboration in the Marine and Fisheries Sector

Besides collaborating with URI, Unhas also has partnerships with other universities, especially in double degree programs at several Australian campuses in the Public Health, Management, and Accounting study programs.

The event participated by the President of URI (Dr. Marc Parlange), Dr. Laura Beauvais and the deans of URI, and several Indonesian parties such as Bappenas run well and lasted at 23.00 WITA. (*/mir)