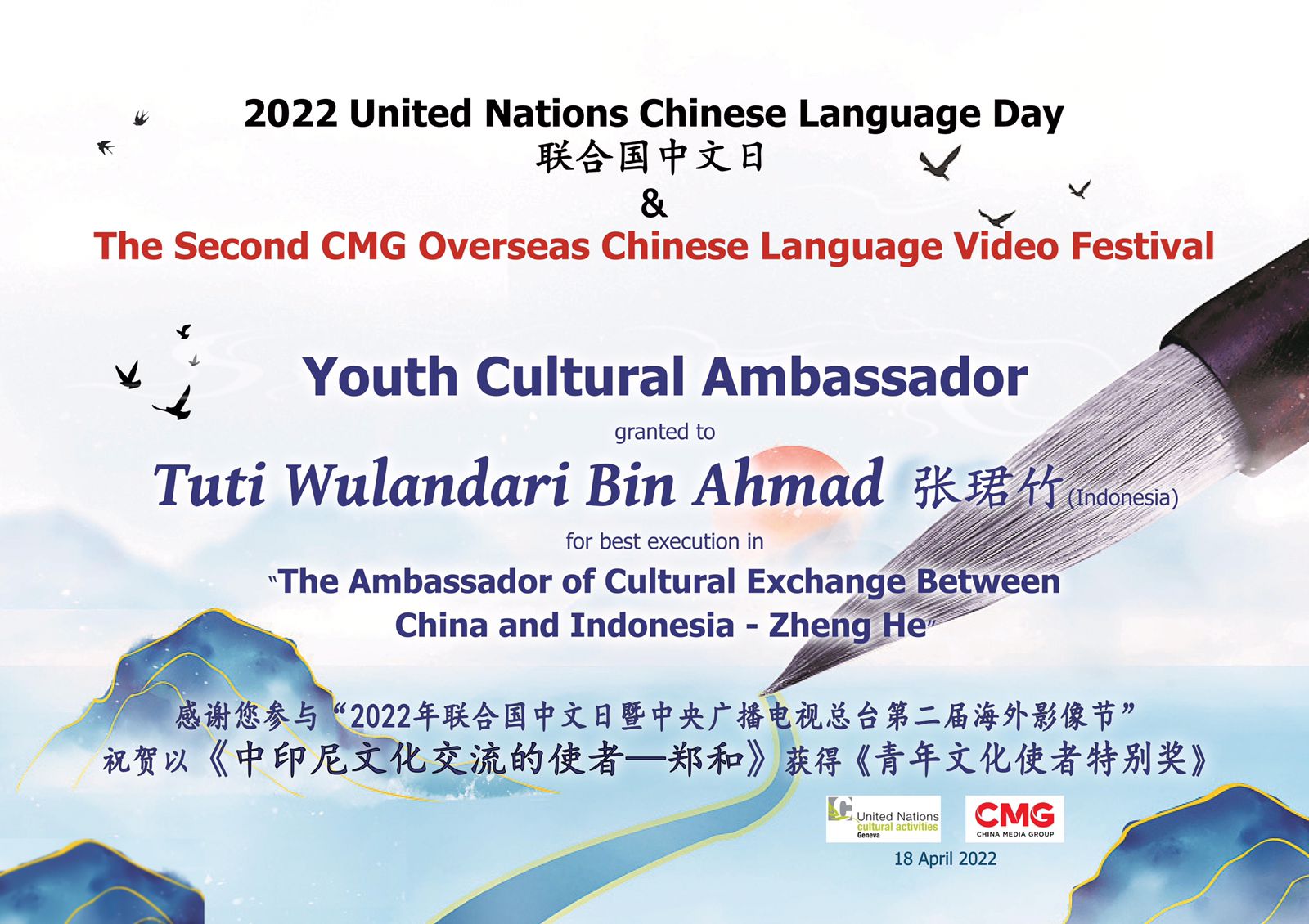 This international festival was attended by approximately 950 participants from 45 countries. The event, which was launched on February 26, 2022, selects 14 of the best works from 950 works to get awards. Tuti Wulandari managed to become one of the 6 selected Youth Culture Ambassadors.

After being selected as a Youth Culture Ambassador, Tuti Wulandari will then participate in activities through scholarships provided by Tsinghua University, China and have the opportunity to take part in a special program recording at CMG Europe.

During the festival, Tuti made a video with the topic “The Ambassador of Cultural Exchange Between China and Indonesia – Zheng He”. This video tells the life of Zheng He, a Chinese figure who was born and raised in a Chinese Muslim family. He later became a driver of change in Indonesia. and Southeast Asia.

“It’s unbelievable that I can win this big competition. I got a lot of experience and understanding from this activity according to my field of knowledge, namely Mandarin and Chinese Culture,” said Tuti.

This achievement is expected to be able to provide enthusiasm and encouragement to other students to continue to contribute to the name Unhas and Indonesia in the international arena.

The preparation and success achieved by Tuti cannot be separated from the guidance of the Mandarin Language and Chinese Culture Study Program lecturer at FIB Unhas as well as a native speaker from the Confucius Institute. (/mir)