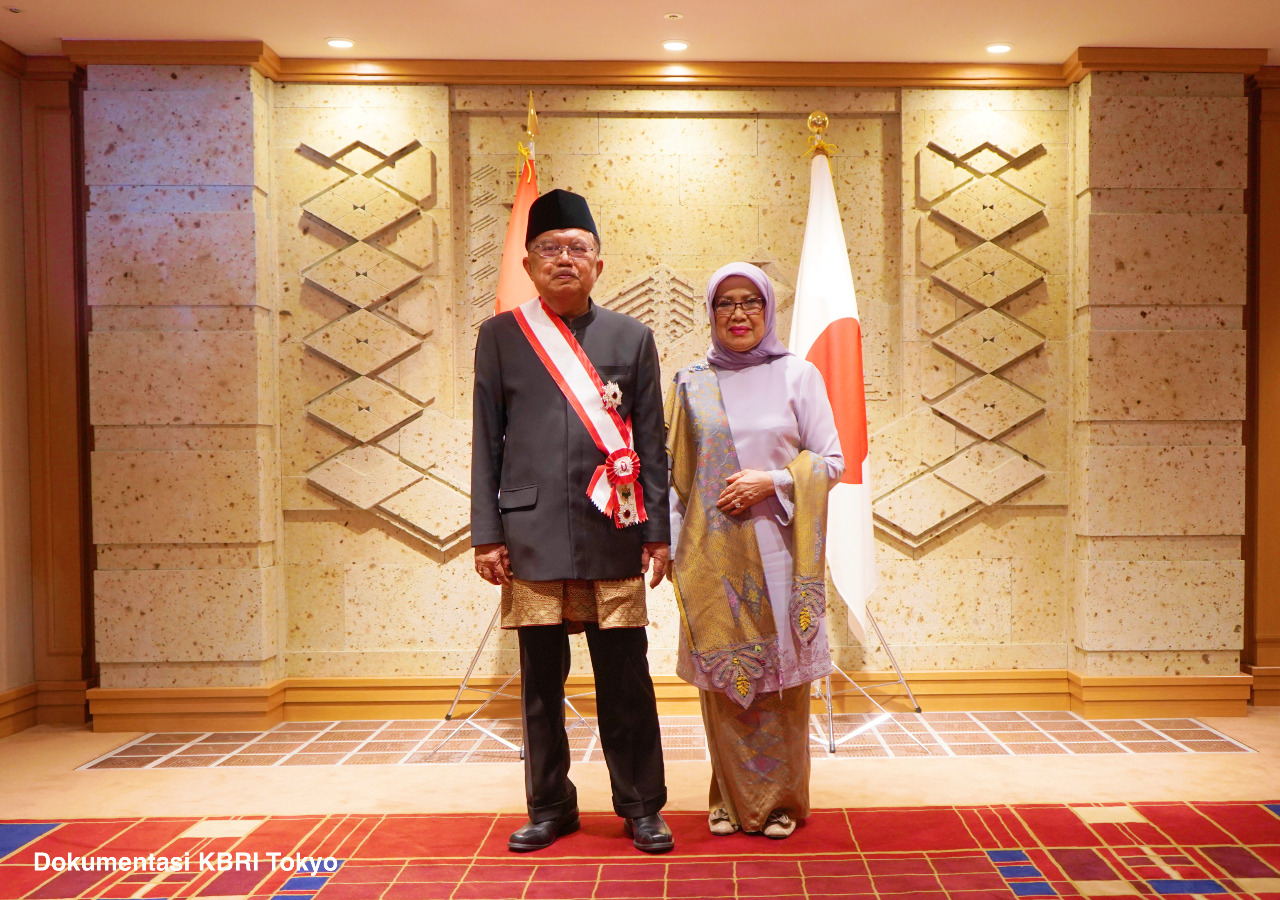 The Chairman of the Universitas Hasanuddin of Alumni Association (IKA Unhas) for the 1997-2022 Period, Dr.(HC). Drs. H. Muhammad Jusuf Kalla received the highest award of service star “Grand Cordon of the Rising Sun” from the Government of Japan. The awarding took place at the Imperial Palace at 09.30 Japan Time on Tuesday (10/05). The Emperor of Japan, Naruhito, awarded the service star directly to Jusuf Kalla.

The award was given thanks to Mr. JK’s contribution to improving friendly relations between Japan and Indonesia while serving as Vice-President of Indonesia from 2014 to 2019. During his service in the government as well as when outside the government, Jusuf Kalla was known to have warm and close relations with Japan.

Quoted from various sources, Jusuf Kalla expressed his gratitude for the award given. According to him, this award indicates the relationship between Indonesia and Japan which has been well maintained and harmonious so far. He said Indonesia as a developing country needs economic partners and investors like Japan.

“As a country with a very developed industry and developing economy, of course, we need a good trading partner, we also want investment in Indonesia. Japan is one of the best investors for Indonesia today,” said Jusuf Kalla.

Furthermore, Jusuf Kalla said that the award he received was not only for himself, but also for Indonesia as a country that has good relations with Japan in various fields, including economic, political, and social.

Jusuf Kalla himself was the Chairman of IKA Unhas for 25 years and officially retired in March 2022. During his service, he had been giving a lot of dedication and contribution to Unhas. According to Mr. JK, a university can develop because of the role and involvement of its alumni.