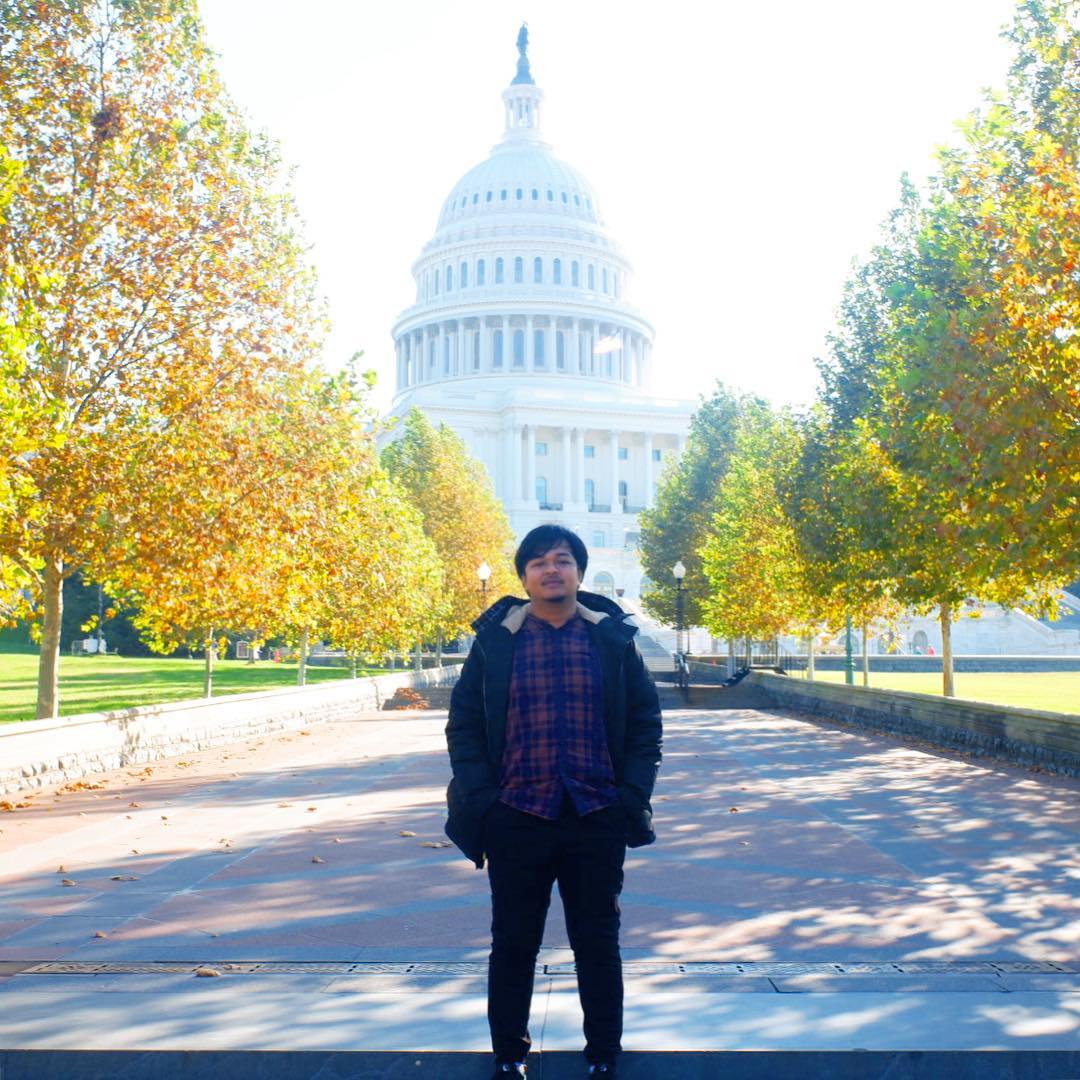 Faisal Oddang is an alumnus of the Faculty of Cultural Science, Universitas Hasanuddin, one of Indonesian literature’s most talented young writers and has produced many works, such as books, prose, and poetry. He also has received various awards as a young writer with extraordinary abilities. He was invited to attend the 2018 International Writing Program in Iowa City, United States of America.

Through an interview on Friday (13/08), Faisal Oddang explained how he first entered the world of literature. He has loved writing and reading many textbooks and literature books since he was in elementary school. One of his family worked in a junior high school library and allowed him to read there. Since then, Faisal became acquainted with many of his main books published by Balai Pustaka.

According to Faisal, writing is part of the learning process about many things. He is required to read various sources regarding the ideas of an article that is made. The ideas he writes are meaningful as a process of learning different things from time to time.

Faisal Oddang’s name became known after his work was awarded as the best short story by Kompas in 2014. Most of Faisal’s writings were about traditions and customs in Sulawesi. Faisal said that his parents often told him about various Bugis legends so that many of his writings could not be separated from regional nuances.

“I grew up and was influenced by various cultures and traditions in South Sulawesi. Therefore, my works are related to the books and the knowledge I got from those things. So, when writing, indirectly, the ideas that arise cannot be separated from the influence where I grew up and learned many things,” explained Faisal.

According to Faisal, every writer has different challenges and development processes. Personally, the challenge he faces is getting and processing the data used to support his writing.

At this moment, Faisal is preparing his new novel book about slavery in Dutch East Indies. He is currently conducting research to support the novel. Regarding the creative process, Faisal Oddang prefers to write in crowded places, never gets tired of writing and producing works because he admits his love for the world of writing. Everything that is done with love will feel more pleasant.

“To become a writer, the first step that must be taken is to become a good reader, not just reading but finding things that are needed as a writer in the reading,” Faisal said.