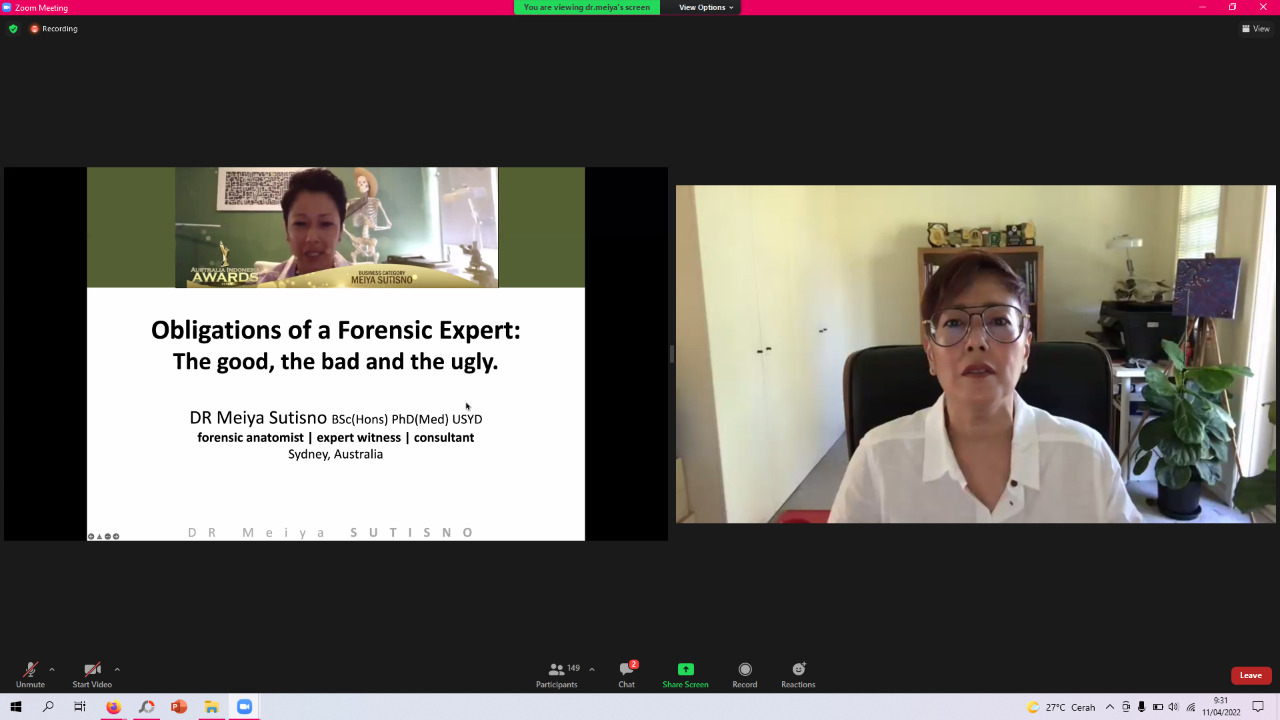 The activity was carried out virtually using the Zoom meeting application starting at 09.00 on Monday (11/4).

The activity was officially opened by the Dean of the Faculty of Dentistry, drg. Muhammad Ruslin, M.Kes., Ph.D., Sp.BM(K).

In his speech, Prof. Ruslin expressed his gratitude and appreciation for the presence of expert resource persons who shared information, knowledge, and experience in their field.

“This is a valuable opportunity for FKG Unhas to have Forensic Experts and Expert Witnesses from Australia as resource persons. Many things will be shared and of course, will be useful for scientific development in dentistry in identifying disaster victims,” said Prof. Ruslin.

Starting the activity, Peter Sahelangi, drg., Sp.OF (K), DFM Senior Supt (Ret), (Sub-Department of Forensics and Medicine, Faculty of Medicine & Dentistry, Universitas Hasanuddin) gave an explanation regarding facial reconstruction procedures and Superimposition Identification with the method identification which is an investigative tool to generate potential identities for victims of mass disasters. In each case, it requires routine methods of primary identification such as fingerprinting, DNA analysis, and comparison of dental records.

“The Indonesian National Police has formed a Disaster Victim Investigation (DVI) team that uses Craniofacial reconstruction and superimposition to investigate and identify living and dead victims. Like in several suicide bombing cases in Indonesia,” explained Peter.

In identifying victims, it is very necessary to have good coordination between the DVI team and the investigative officers, starting from the scene of the incident. The main needs of the DVI Indonesia team are doctors and dentists trained in the Interpol DVI SOP.

Dr. Meiya Sutisno, BSc. (Hons), Ph.D. (Med)., further explained the evidence of the Ancient Egyptian mummification process related to changes in body position by identifying through morphological analysis in forensic investigations. Identification is carried out on the face in detail from the shape of the facial skeleton to the shape of the ears.

“The job of an expert witness is to provide evidence that is relevant and impartial in his area of expertise while remaining free from bias or conflict of interest,” Meiya said.

After the presentation of the presenters, it was followed by a discussion and question and answer session which was attended by around 300 participants, including those from the Faculty of Dentistry, Unhas.