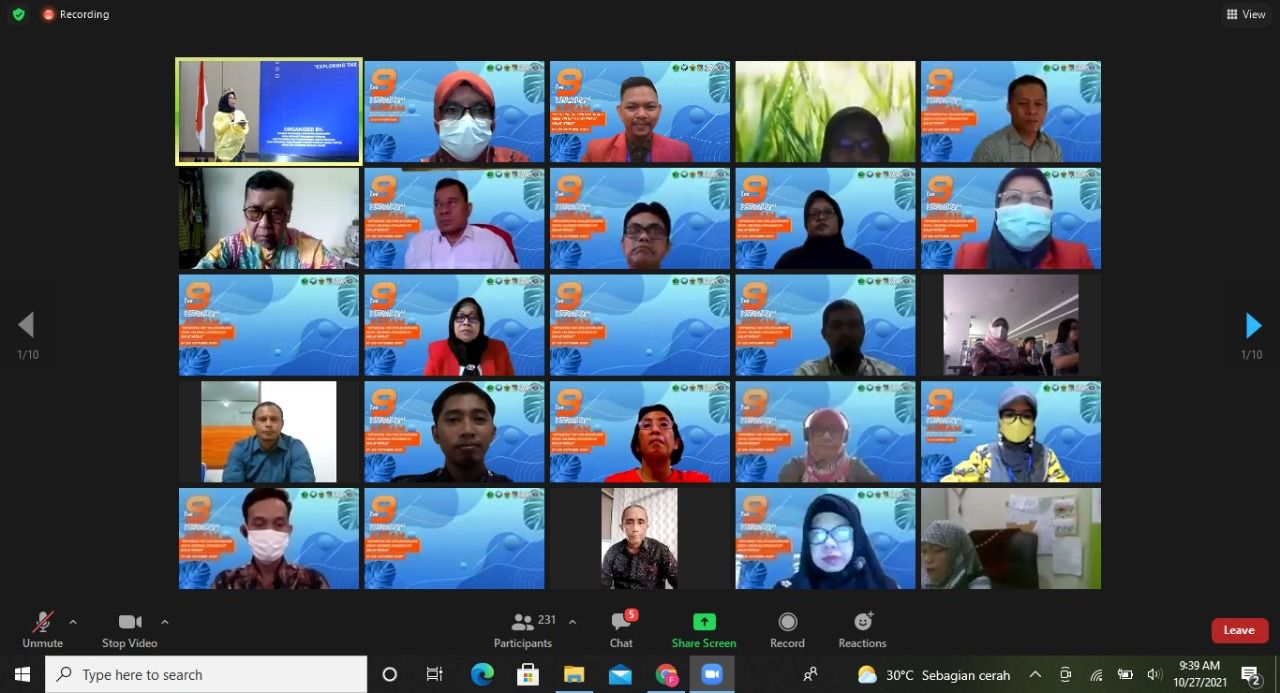 Universitas Hasanuddin (Unhas), through the Faculty of Cultural Science (FIB), conducted an event entitled “The 9th International Conference ASBAM (Arkeologi, Sejarah, dan Budaya di Alam Melayu), with the theme of “Exploring the Civilization and Socio-Cultural Dynamics in the Malay World”. The event was conducted online using Zoom Meeting. It started on Wednesday (27/10) and ended on Thursday (28/20).

The dean of FIB Unhas, Prof. Akin Duli, M.A., said that ASBAM aims to gather scientists from universities and research institutions worldwide that focus on the Malay-Nusantara world.

In this event, the researchers will present the results of the latest scientific studies in Archeology, History, Language, and Culture in the Malay World. This event also aims to provide a forum for scientists, lecturers, and researchers to share knowledge and studies related to the Malay world at the international level.

“the topic of Malay-Nusantara has increasingly attracted the attention of researchers from around the world to conduct scientific exploration and study.  Therefore, the studies on Malay-Nusantara world the archipelago, including the Islamic aspect as an interdisciplinary issue, are presented in scientific forums like ASBAM,” explained Prof. Akin

Several primary topics are covered in ASBAM, such as cultural heritage management, civilization manuscripts in the current context, gender, ethnicity, multiculturalism in media, language and literature dynamics, religious moderation, and other relevant topics.

On the second day,  Kathryn Wellen (KITLV, Leiden), as a keynote speaker, discusses her view on “Exhuming Buried Stones: The Treaty of Timurung (1582) during the 17th and 18th Centuries”. Kathryn presented her research result about Timurung Agreement in 1582 that binds three great kingdoms in South Sulawesi in one alliance. The three kingdoms agreed to help each other in dealing with possible challenges and difficulties.

Prof. Fathu Rahman (Unhas, Indonesia) also presented his study on “Literature, Pandemic, and Semiotics of Death”. He said at least three keywords in his research: literature, social phenomenon, and pandemic. He added that these three main things could be seen around us with their erratic nature.