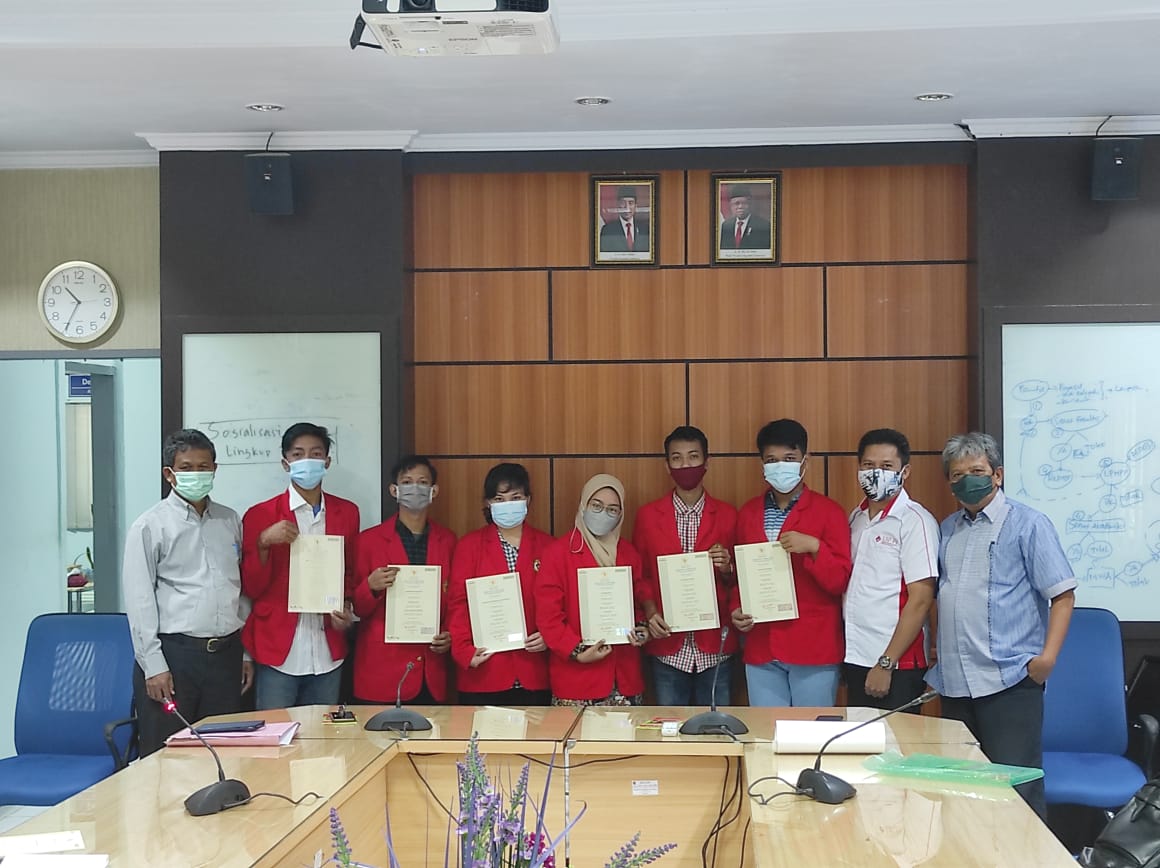 Submission of competency certificates was given to students represented by six people, Zulfiqhi Matra Palompai, Ihsan Maulana, Ichlasul Amal, Darmawati, Jessicha Gabrielle Elisabeth, and Dandi Prayoga. These students previously participated in the Competency Test which was held in October 2020. This competency test consists of two schemes, which are Animal Feed Formulator and Agricultural Extension Agent.

The Lead Assessor of LSP-PI, Ahmad Daud, S.ST.Pi., M.Si, explained that the recipients of the certificates have rights and obligations, especially as a formulator and agricultural extension agent.

“The certificates achieved by the participants show that they have professional competence in these two fields,” said Ahmad Daud.

Head of Competency Test Center for the Faculty of Animal Science of Unhas, Prof. Dr. Ir. Jasmal A. Syamsu, M.Si. IPU. ASEAN Eng., explained that currently his party is collecting data and will hold a certification process and competency test for 170 students and lecturers.

Terkait:  Jusuf Kalla, the Chairman of IKA Unhas for the Period 1997-2022 Receives the Highest Service Star from the Japanese Government

The Dean of the Faculty of Animal Science, Prof. Dr. Ir. Lellah Rahim, M.Sc. IPU, said that the competency certificate possessed by students is very important as a reference for a Certificate of Companion Diploma or SKPI for Unhas Animal Science graduates.

“This is an acknowledgment and we will promote to the industry that graduates of the Faculty of Animal Science Unhas have professional competencies that are recognized by the state through BNSP,” said Prof. Lellah.