The physiotherapy study program provides internal grants in community service programs for several lecturers who have submitted proposals for community service. There were 7 proposals that were granted by the physiotherapy study program, one of which was entitled “Ulrasound and Friction to treat pain due to muscle spasms in PON XX athletes, south sulawesi. This activity was carried out at the Grand Sayang hotel where the place is a training center. for athletes of PON XX South Sulawesi. There are 33 sports with a total of 203 athletes. Previously this training camp was held in 3 places, namely, the Grand Asia hotel, the Harper Hotel and the Grand Sayang Hotel Makassar in September 2021.

From the results of carrying out these activities, it was found that participants who were undergoing training camps to prepare for PON XX visited a health clinic in which there were doctors and the KONI Sul-Sel Physiotherapy team according to their respective complaints. US and Friction are given to athletes with complaints of pain caused by muscle spasms. After the application of US and Friction, there was a decrease in pain due to muscle spasm in athletes. Measurement of pain level was done using the Visual Analogue Scale (VAS). However, this treatment does not eliminate or reduce pain as a whole or significantly quickly due to physical activity or exercise carried out by athletes regularly, which is 2x a day with a time of 3-4 hours for 1 training session. US and Friction were given for 10 minutes and then added with stretching and strengthening exercises so as to reduce pain. 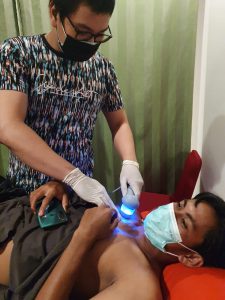 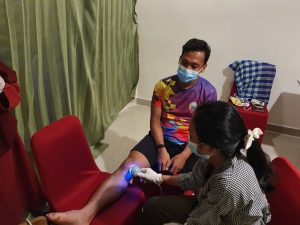 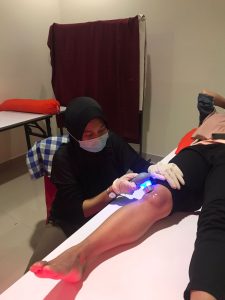 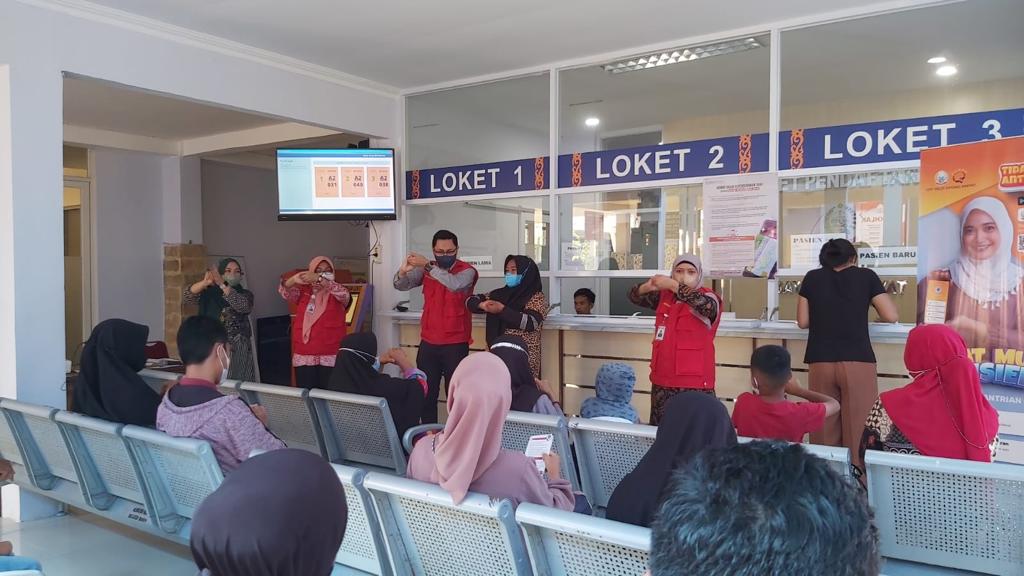 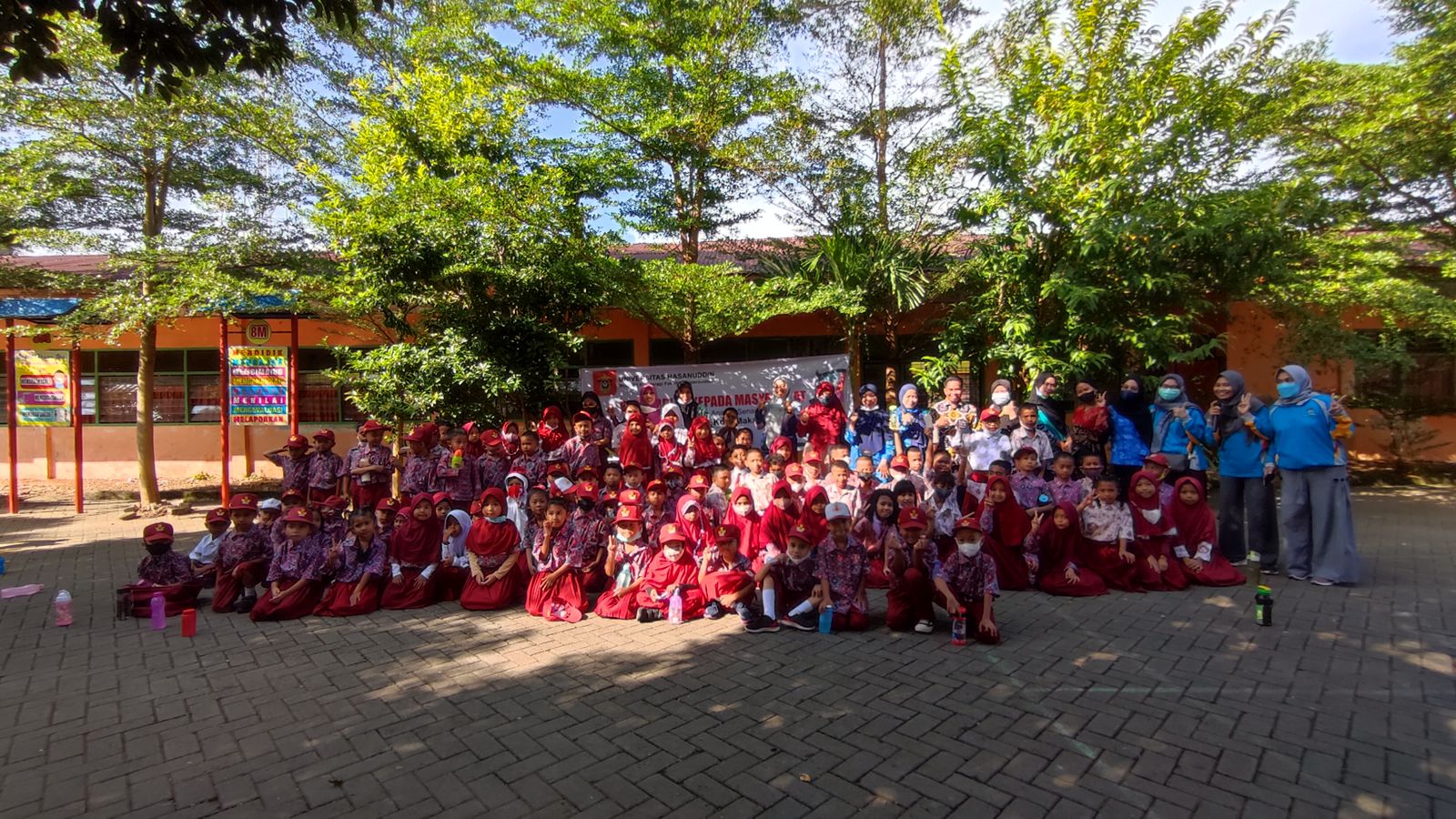 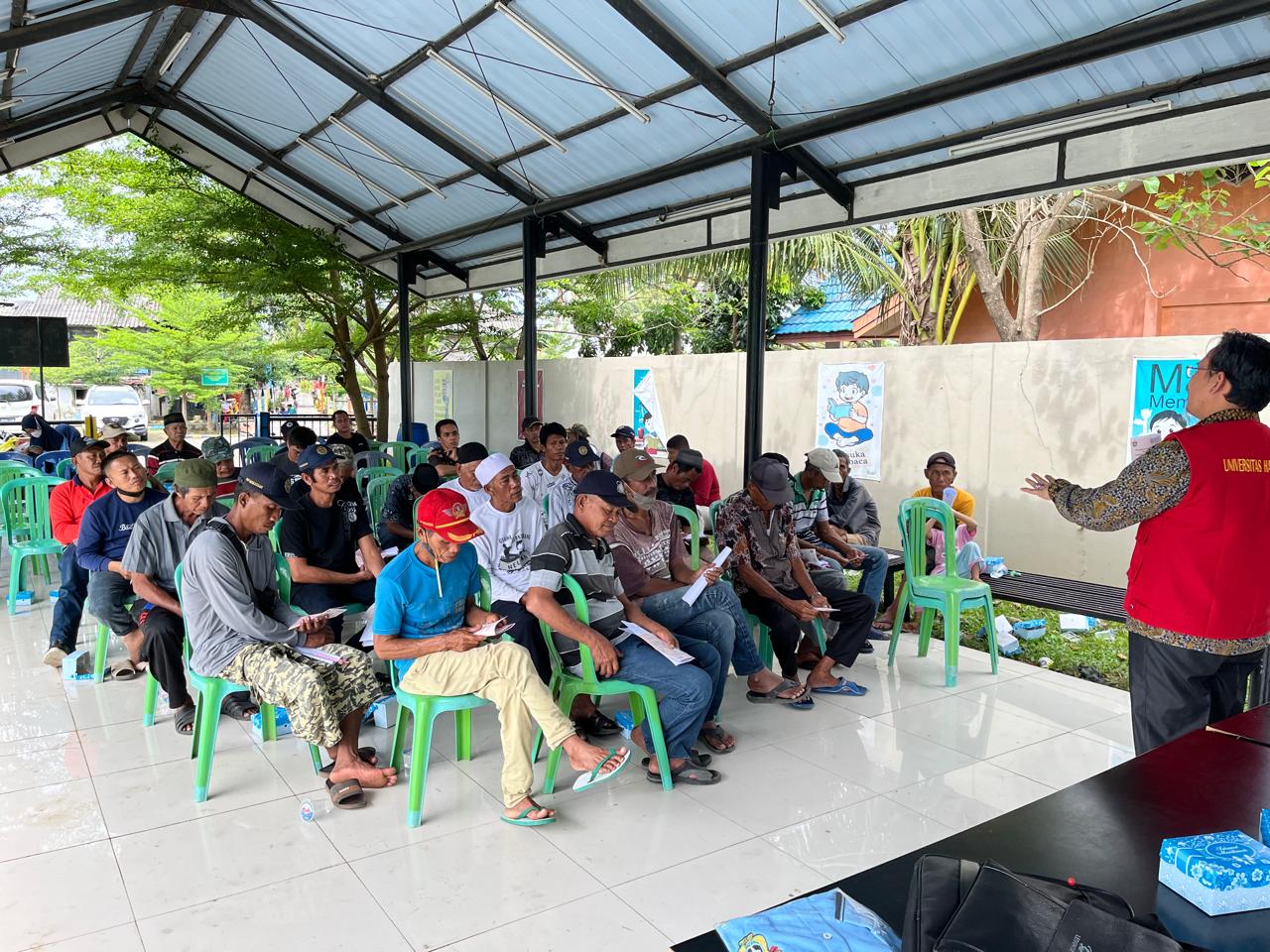