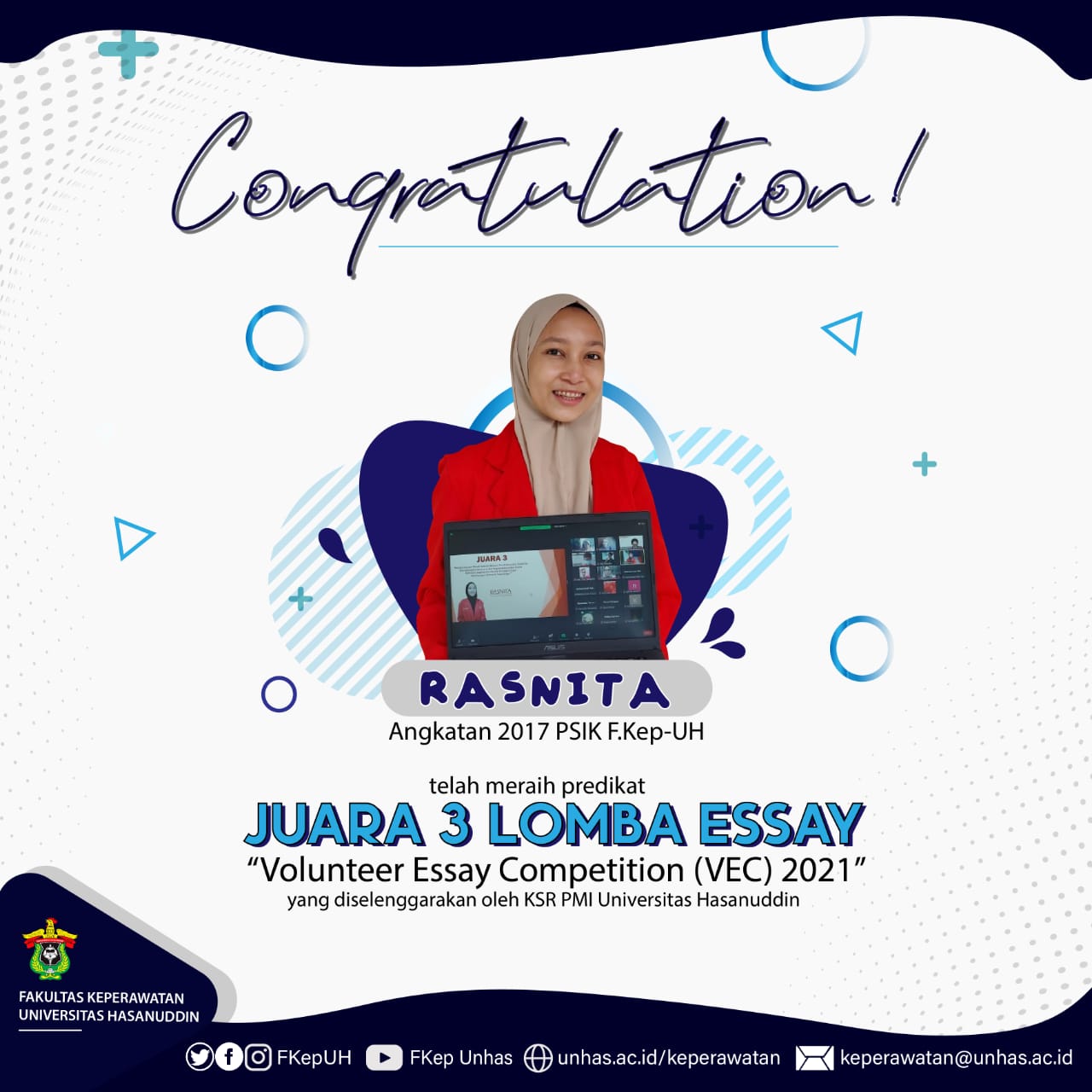 Rasnita, a student of the Nursing Science Study Program, won 3rd place in the scientific essay competition. In an interview conducted on Friday (26/8), he expressed his gratitude for having had the opportunity to contribute in the form of achievements to faculties and universities. “I joined this competition in addition to developing my knowledge and skills in the field of writing and scientific reasoning, I also wanted to motivate my juniors to become an innovative and competitive generation,” he explained.

The presentation of the work was held on August 15, 2021, in front of the jury online through the Zoom Cloud Meeting. Rasnita presented an essay with the title “Empowering School Students Through Education and Training on Augmented Reality-based Disaster Preparedness and Emergency Laymanship as an Effort to Build a Generation Ready for Alert.”

Rasnita revealed that the key to victory in the competition lies insincere intentions and efforts. According to him, sincere intentions will lead to good goals and satisfying results. Her love for competition makes Rasnita have many other targets besides winning this competition. “I am also struggling to qualify for PIMNAS 34, I hope to present the first PIMNAS medal for the Faculty of Nursing, please pray for it,” he concluded. 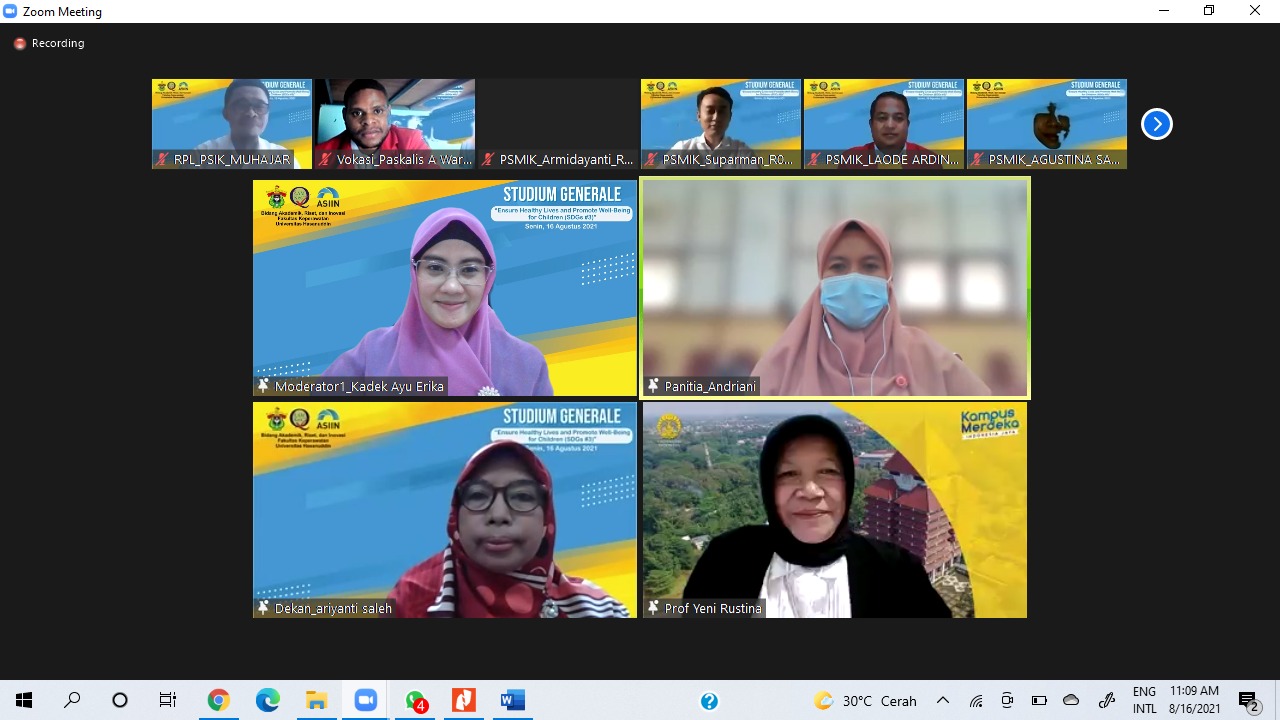 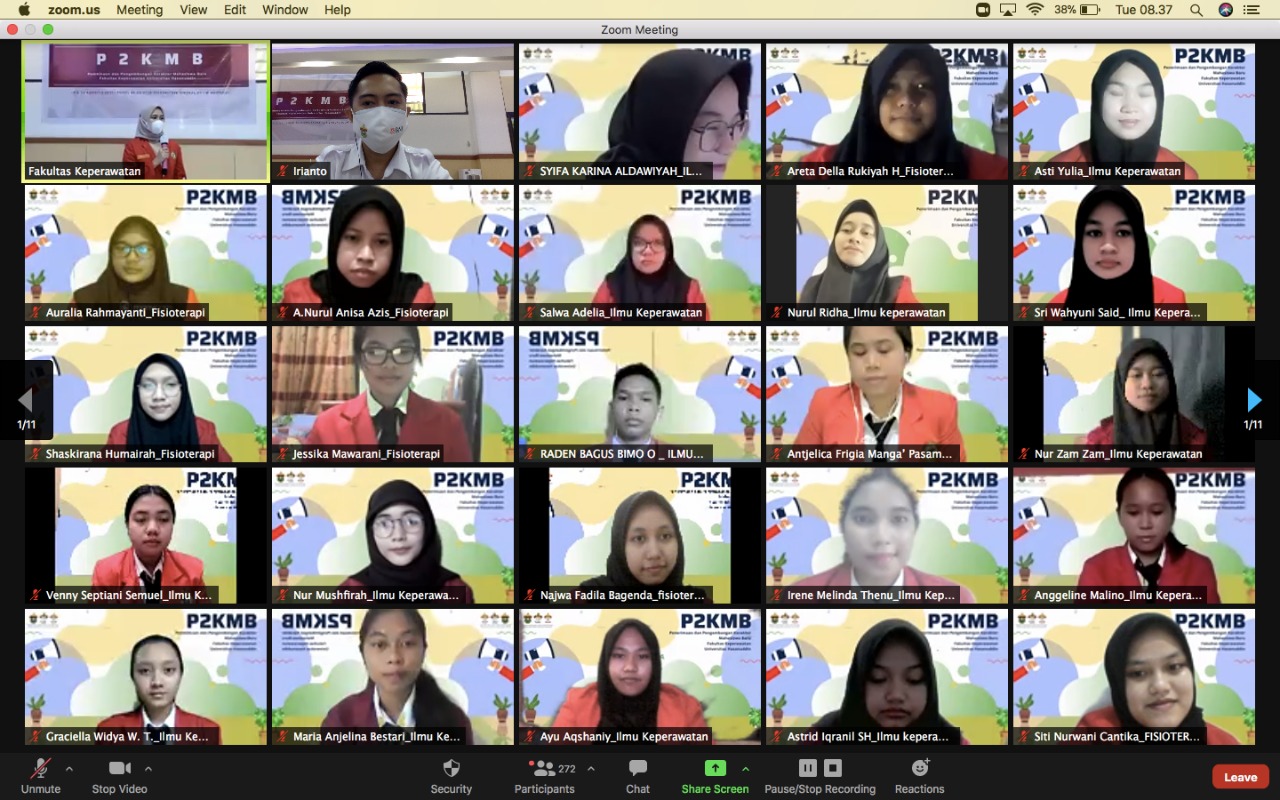