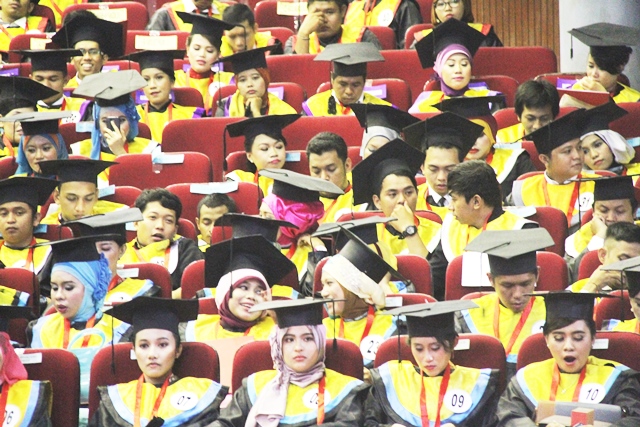 The alumni of Hasanuddin University at a moment of graduation (Photo: MDA)

PT Kereta Api Indonesia (KAI), on 28 to 29 March 2016 held a Job Fair in Baruga Andi Pangerang Petta Rani at Tamalanrea campus. In this event, in addition to PT KAI program will be exposed, will also open registration for employees of PT KAI for Sulawesi.

Ilham Jaya, from the Job Placement Center Hasanuddin University, Friday (25/3) explains, this job fair activities will be followed by many enthusiasts, because after the implementation of graduation in Hasanuddin University several days ago. In addition, in this event of PT KAI will recruit many employees who would be placed in Sulawesi facing the opening of the railway line Makassar-Pare Pare that already started and expected to be completed in 2017 or 2018.

''PT KAI will recruit about 1,000 people that will be included in education training for two years, '' said Ilham Jaya contacted by phone on Friday. (*).